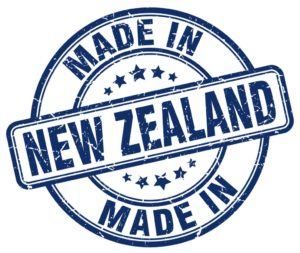 The blindfold will finally be lifted when it comes to buying food, but the Soil & Health Association says consumers need even greater transparency.

Soil & Health welcomes the passing into law of the Consumers’ Right to Know (Country of Origin of Food) Bill. The Bill, which requires food to carry country of origin labelling, passed with near unanimous support last night in Parliament. While footwear and clothing must be identified where they’re from, until now country of origin of food labelling has only been voluntary in New Zealand.

The Bill was a first introduced in 2016 by former MP, and now Soil & Health National Council member, Steffan Browning, as a Green Party Member’s bill.

“Transparent food labelling is fundamental in allowing people to make informed choices. Mandatory country of origin labelling is a step towards allowing consumers to do this,” says Steffan Browning.

The Bill however only applies to single ingredient foods such as fresh fruit, meat, fish and vegetables and Soil & Health says foods of multiple origins should be labelled too. This requirement could be brought in later through the setting of Fair Trading Act regulations.

Soil & Health is also concerned that several single origin foods have been excluded from the Bill, including flour, oils, nuts and seeds.

“We particularly want flours and grains included, as most of the soy and maize products from the US are genetically modified. It’s absolutely necessary we have GE food labelling, but in that absence of enforcement we should at the very least be able to choose what country maize and soy products are from,” says Browning.

“There are many reasons why consumers want to know which country their food comes from. Some want to avoid GE food, food with pesticide residues, or food coming from countries with poor labour conditions or environmental and animal welfare standards,” says Browning.

Our public agencies must protect human health and ecosystems, and use rigorous independent science rather than industry data, says the Soil & Health Association. Soil & Health welcomes the release of a paper by the Green Party that exposes many flaws in an Environmental Protection Authority (EPA) report on glyphosate-based herbicides (such as Roundup). The…

The Soil & Health Association has welcomed Bayer’s announcement of US$10 billion in payouts to tens of thousands of claimants in the US who allege exposure to Roundup herbicide caused their cancer. “But here in New Zealand, we have an untenable situation where glyphosate-based herbicides are sprayed broadly in urban environments, and on human food…