Inevitable cross contamination by GE crops, if released in NZ, pose a 59 billion dollar threat to the NZ economy and ratepayers whose councils have failed to protect them against risk,” says Debbie Swanwick, Soil & Health – Organic NZ.

“Auckland Council is one council who has failed to protect ratepayers , despite an InterCouncil working party (ICWP) recommendation that suggests they adopt a plan change to include a precautionary approach to GMO release in their Unitary plan. (1) In contrast Whangarei District Council adopted the ICWP recommendations,” says Swanwick. (2)

The ICWP is made of up of Auckland Council, Far North, Kaipara, Whangarei District Councils and Northland Regional Council (who did not participate in this project). (4)

Based on eight years of public engagement, a section 32 analysis and legal opinion, the ICWP identified a total lack of liability provisions under current legislation. (4)

“Under Whangarei’s plan change, GE applicants who would easily clear the hurdle of the EPA in Wellington will have to prove financial fitness, post a substantial bond and be personally and financially liable for”unintended or unforseen” adverse impacts of EPA approved GE experiments,” says Swanwick.

“Auckland ratepayers will pay the ultimate price on behalf of councillors who have made this decision based on an issue (GMO’s) rather than a process. It is their remit that they protect ratepayers from risk regardless of the issue. That kind of decision making is not impartial or considered but leaky buildings all over again,” says Swanwick.

A 2010 Price Waterhouse report estimated between 42,000 and 89,000 homes in NZ would be categorized as ‘leaky homes’ costing between 11.2 and 22 billion to repair. (6) Roger Levie of the Home Owners and Buyers Association says they expect these figures are light and forecast that as many as 150,000 homes will be affected, costing over $35 billion.  “That equates to around $8,300 coming out of the pocket of each New Zealander because Government and Councils failed to protect them against this risk,” he says. (5)

A case currently pending in the Western Australia Supreme Court  involves an organic farmer, Steve Marsh, who lost his organic certification in 2010  when 70% of his farm was cross contaminated with his neighbors GE canola. Marsh’s legal fees are expected to cost $250,000 and he is requesting compensation for his economic loss in perpetuity. The case is expected to be decided in the next few months and could set a precedent in NZ law(3)

“As Monsanto are funding the GE farmer in this case (it is probable big Agri-tech will always fund these defences), and with the recent legislative change in the US dubbed the “Monsanto Protection Act’, in future councils and governments will be the only organizations that can be sued. (11) This behavior has already begun in Europe,” says Swanwick. (7)

In 2011 the legal organisation Justice & Environment sued the EU Commission over the release of the Amflora GM potato. (10)

In March President Obama signed H.R. 933, a continuing resolution spending bill that gives immunity to biotech coporations such as Monsanto, from litigation should their GE crops every be proved unsafe. (12) Senator Roy Blunt drafted the rider, the pro-Monsanto “Farmer Assurance Provision, Section 735” of the bill, in consultation with Monsanto. (14)

Says Zelka Grammar of GE Free Northland “We salute the strong leadership that Whangarei District councillors have shown in their decision. It’s unfair for those who want to experiment with GMOs to expect others to “carry the can” for the harm caused to other farmers, the environment or the public health.”
Soil & Health is one of the oldest organic organisations in the world and advocates for the consumer’s right to have fresh, healthy, organic food and water free of GE, pesticides and additives and their right to know what is in their food and water. Oranga nuku, oranga kai oranga tangata. To learn more about what is really in your food and/or find guidelines on making a submission opposing Auckland Councils decision to not protect the region against GMO release visit our Facebook page and subscribe http://www.facebook.com/OrganicNZ

The judgment was delivered in the Supreme Court in Wellington, holding the Court of Appeal shouldn’t have struck out a claim by the owners of the building Spencer on Byron in Takapuna, that the-then North Shore District Council only had a duty of care to residential buildings. The body corporate claimed the city had been negligent and was liable for the cost of repairs.
Chief Justice Sian Elias and Justices Andrew Tipping, John McGrath and Robert Chambers found in favour of the body corporate. (13)
To view online click here www.organicnz.org.nz/node/647 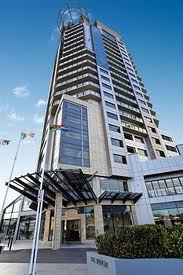 The Soil & Health Association has serious concerns about another GE food line being approved in New Zealand – this time for six food lines derived from potatoes. Food Standards Australia New Zealand (FSANZ), the organisation that controls food approvals for New Zealand and Australia, is calling for submissions on an application to permit GE…

Our public agencies must protect human health and ecosystems, and use rigorous independent science rather than industry data, says the Soil & Health Association. Soil & Health welcomes the release of a paper by the Green Party that exposes many flaws in an Environmental Protection Authority (EPA) report on glyphosate-based herbicides (such as Roundup). The…