“Revised legislation phasing out battery cages over ten years and introducing colony cages in NZ does little to curb animal welfare issues -we are just putting more birds in bigger cages” says Debbie Swanwick, Spokeperson – Soil & Health – Organic NZ.
Colony cages houses 60 chickens in a 3 metre cage (1) versus battery cages where 3 or 4 chickens live together. Both options give each hen a space to live in smaller than an A4 piece of paper and both options prevent them from expressing their normal behavior. (6)
SAFEs’ executive director Hans Kriek’s says 80 percent of New Zealanders want battery cages banned (4). “That is not surprising, New Zealanders care about how their food is grown” says Swanwick.

“The continuation of cages is shortsighted as New Zealand consumers and animal advocates will simply not accept colony battery cages. The fight against this cruelty will only stop when all cages are gone” says Kriek.

“In the absence of decision makers refusing to support consumers concerned about animal welfare and deliver the best product available to them, the only option is for consumers to vote with their wallets” says Swanwick.
Although a better option than battery, colony or barn laid eggs, unfortunately there is no industry certification for ‘free range’. The only guarantee therefore that a hen is not confined in a cage, able to display normal behavior, able to adequately exercise and can roam outdoors is to buy organic. (3)
“People can also choose to buy direct from the farmer which oftentimes is cheaper than store bought” says Swanwick.
Under the new Code of Welfare for Layer Hens (released December 2012) standard barren battery cages will not be banned until 2023 and will then be replaced with colony cages (2).

“This attempt to improve the lives of these hapless caged layers fails miserably and still contravenes the Principles of the Animal Welfare Act.   For a Government that professes that ‘Animal Welfare Matters’, I can see no proof of that in this meagre attempt to walk the talk” says Bob Kerridge, President, Royal New Zealand SPCA.

Swanwick cites recent legislative changes to be prejudicial. “Sow crates in NZ will be banned by 2015 (although farrow crates will not) for contravening animal welfare codes but the same rights have not been afforded our feathered friends” says Swanwick. (5)

“Our politicians seem to be chicken over chickens. You can count on the fact that pork will taste better in future but it still must leave a bad taste in the mouths of politicians who sold out on chickens whilst protecting the welfare of pigs ” says Swanwick.

Soil & Health is one of the oldest organic organisations in the world and advocate for the consumers right to have fresh, healthy, organic food – GE, pesticide and additive free and their right to know what is in their food. Oranga Nuku, Oranga Kai Oranga Tangata. 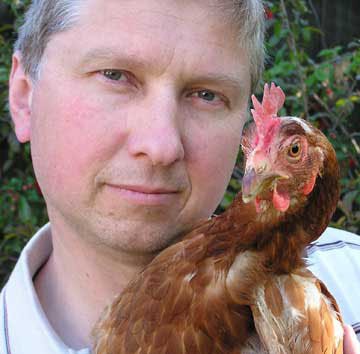 The European Union’s highest court has rejected Bayer’s bid to overturn a European law which heavily restricted the use of bee-harming pesticides. In 2013 the European Union banned neonicotinoid, or ‘neonic’ use on bee-attractive crops. In 2018 the ban was extended to use on all outdoor crops, including annual arable crops, cereals and horticultural crops. The General Court decision, released Thursday, is…

Soil & Health want Fonterra to collect all certified and in transition to organic Fonterra milk and to pay a premium for it, irrespective of locality. “We want to see the Government better commit to organic dairy production and therefore more sustainable farming practices,” says Soil & Health National Council member and former Green Party…

High nitrate levels recently measured in the Tasman’s Waimea Plains signal yet another alarm bell for the health of our waterways, and the urgent need to reduce or eliminate the use of soluble nitrogen fertilisers, says the Soil & Health Association. “Fencing off waterways and riparian planting is all well and good, but it’s not…

Concerns for the future of New Zealand’s domestic organic industry have dampened enthusiasm for the Organic Products Bill which returned from Select Committee with some significant and useful changes, says the Soil & Health Association. “We represent the thousands of people buying, growing and selling organic products,” says Soil & Health’s general manager Pete Huggins….