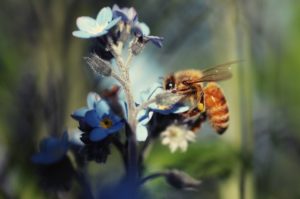 The Soil & Health Association welcomes the Environmental Protection Authority’s announcement to review the use of neonicotinoid pesticides in New Zealand but wants them to act now and ban their use immediately.

The EPA’s announcement, made yesterday, is in response to the European Union member states’ decision last week to ban the outdoor use of three types of neonicotinoid (clothianidin, imidacloprid, and thiamethoxam) due to the serious danger they pose to bees. The ban is expected to come into force by the end of 2018 and will mean they can only be used in closed greenhouses.

“Neonics are just as toxic in New Zealand as they are anywhere else in the world – they’re bee-killing compounds,” says Soil & Health chair Graham Clarke.

“While concentrations of use might differ, its use as an insecticide spray is widespread and over huge areas, and the majority of commercial seeds sold in New Zealand are treated with neonicotinoids.”

New Zealand regulations currently prohibit the spraying of neonicotinoids when crops are in flower. However, neonicotinoids can persist in the soil, meaning subsequent crops or weeds flowering can express the toxic chemical. Use is also limited by label requirements, but that’s not the reality of how people are using them. Seed treatments also mean that they are used over huge areas in New Zealand.

“Organic producers don’t use neonics, so we know that they’re not absolutely necessary,” says Clarke.

In the last decade bees have been dying at a staggering rate in many parts of the world due to colony collapse disorder. Research has shown that neonicotinoids are highly toxic to a range of insects, including bees and other pollinators. Bees and other insects are vital for global food production as they pollinate three-quarters of all crops. New Zealand’s bee population contributes about $5 billion to the economy annually, including to our agriculture, horticulture, and high value mānuka honey production. The use of neonicotinoids puts these industries at risk.

Neonicotinoids are also cause for concern for human health, including via spray drift and occupational exposure, and for the wider environment.

Soil & Health welcomes moves by retailers to stop selling the harmful chemicals. Placemakers and the Warehouse took them off their shelves after Steffan Browning, former Green Party MP and Soil & Health life member, requested them to. Earlier this year hardware store giant Bunnings announced its decision to stop selling controversial pesticides known to be harmful to bees. EU supermarket chains have increasingly been banning the sale of products that have been grown with the use of neonicotinoids.

New Zealand’s EPA however has a history of being slow to remove dangerous pesticides from use. The Soil & Health Association campaigned tirelessly, along with other organisations, for the banning of endosulfan, a controversial pesticide that was already banned in over 50 countries. The EPA only banned its use after it was discovered that a beef shipment to Korea contained traces of the toxic chemical, resulting in enormous costs for exporters.

“What this tells us is that the EPA are prioritising economics over human and environmental protections,” says Graham Clarke.

Soil & Health wants the EPA to remove these bee-killing pesticides now instead of waiting until trade implications force them to.

“By deeming neonicotinoids safe and allowing for their continued widespread sale and use in New Zealand we believe the EPA is failing in their statutory obligation to recognise and provide for the life-supporting capacity of air, water, soil and ecosystems,” says Clarke.

“This is not just a trade issue. These pesticides are dangerous now whether in France, Germany, the US or New Zealand.”

The Soil & Health Association, founded in 1941, is one of the oldest organic organisations in the world. It promotes safe, healthy, organic and nutritious food. The Association campaigns against harmful chemicals in agriculture through Organic NZ magazine and other media, by submissions to Parliament, by collaborating with other groups, and by standing up in court for community rights to retain a GE-free environment.