The Soil & Health Association of New Zealand Inc (Soil & Health) is 70 years old, and is the largest membership organisation supporting organic food and farming in New Zealand, and as such advocates for healthy and safe food and environmental sustainability.

Soil & Health has a membership of about 3000 members and a readership of its retail magazine publication Organic NZ of many thousands.

The Soil & Health Association has many members in EBOP’s rohe which share concern over poor environmental outcomes of many land and water use activities. Genetic engineering (GE) within the region has no real controls besides those of the Environmental Risk Management Authority, and that agency has glossed over the risks.  An holistic approach to land and water use is required if land is to retain its productive capacity, and fresh water and marine habitats are to be restored. Air quality objectives must take special account of methyl bromide use and other pesticide use in the region.

Soil & Health in its submission will refer to a few points but wishes to speak at the EBOP-PRPS hearings.

Part One 1.5.1 NPS and NES must always be seen as the lowest common denominator and EBOP must be bold and not allow the national statements and standards to be seen at an aspirational level. They should be the base or beginning of direction. Eg the NES-Plantation Forestry under development is an enabling document designed to smooth the way for forestry development, but would it stop the high sedimentation levels created by existing forestry practices in the region. NO!

This NES is looking to be a rather enabling approach to future plantation forestry especially in light of the ETS, but the environment and forestry needs to be looked at beyond issues of carbon and forestry interests. There a many alternatives to the current pine/conifer/eucalypt plantation models that are far more sustainable, and even in the current dominant plantation models, much more care could be taken through the NES to ensure significant improvements on current practice. There are very serious issues of sedimentation from current forestry roading and  harvesting practices, and a number of marine and fresh water effects are covered in the Ministry of Fisheries report in the link here;     http://fs.fish.govt.nz/Page.aspx?pk=113&dk=22003

EBOP should look to the National documents not as a form of consistency, but as the starting point for objectives that will lift the regions practices into world leader class.

Soil & Health (S&H) commends EBOP for its precautionary approach statement, especially its extension into issues surrounding genetic engineering (GE). S&H has monitored over the last few years most of NZ’s GE field trials and discovered and reported on significant compliance breaches. EBOP has at least two sites of active GE work. Scion’s Rotorua facility and ArborGen’s site near Whakatane. All GE sites need to be logged as contaminated sites, as touted research, eg  on horizontal gene transfer and invertebrates at the field trial sites, has been woefully inadequate and has yet to be published credibly.

Experimenters and regulators have been duplicitous in their portrayal of safety of GE projects, and Scion’s most recent GE approval for thousands of GE pines has large scope for human error that will mean leakage of GE pollen. Developing a Plan that has strong precaution around GE, nanotechnology and other yet to be actualised technologies, or activities is critical. How little was known about GE at the last RPS formation and still is, except for the contamination events worldwide, loss of biodiversity, the stock poisonings, and now in animal feeding studies, the effects on endocrine – reproductive functions. Nanotechnology has also been developed significantly since the last RPS & Plan formation, and emerging information shows some real and possible hazards, such as some nano-materials(nanotechnology) having the same effects as asbestos. The RPS must anticipate emerging technologies such as bioengineering that require the most extreme precaution.

Liability and compensation is poorly provided for by government and until meaningful liability provisions are in place, no GE trials, plantings or animals should be permitted. Co-existence between GE primary production and non-GE production is somehow anticipated by pro-GE groups, however internationally that has proved impossible unless some degree of contamination is accepted by the non-GE producers. This is not acceptable and NZ has a zero tolerance on unintended contamination currently and organic certification systems and many export markets share that position, especially at a consumer level. EBOP must allow for the clean green 100% Pure New Zealand branding to remain as an achievable vision, with GE contamination unacceptable on non-GE producers and the environment.

Nanotechnology needs to be considered in a whole of life way to anticipate some risks, and again liability or the lack of systems to properly assess or apportion liability must be considered.

S&H would like to present its experience and knowledge to appropriate EBOP councillors and staff on the GE activity in the BOP region and the associated risks.

Soil & Health supports the whole of catchment approach. However, this needs stronger direction deeper in the RPS to ensure the approach is always used, from how soil is managed at the finest levels of biological activity possible, through to land disturbance and waterways management and extraction, and the human overlay. Soils need development, protection, and restoration to optimum biological states to provide the climate resilience and life supporting capacity that also reduces the need for toxic interventions. Best practice soil management provides significant buffers against flooding damage and conversely the effects of drought.

2.10.2 Soil health and productivity, goes someway to understanding some of what is involved but avoids discussion of the increased use of synthetic fertilizers and herbicides that degrade biological activity. Active promotion of Organic, Biodynamic and Biological farming systems that have been shown to have more climate resilience and incur significantly less externalities needs to be repeated through the RPS’s structure.

A search found the word organic just once and that was “municipal organic waste.” The PRPS appears to be working in another past era in this respect. Organic production methods are recognised by FAO and other key international organisations to be the most resilient for the environment and food supply, even in key areas of concern such as Africa. That recognition need to be part of the RPS as climate change and peak oil threaten negative effects within the life of the RPS and subsequent plans.

This policy appears to totally fail recognition of the difference between different farming management systems, and in respect of Rotorua Lakes and nutrient inputs, suggests that Rural Subdivision may be preferable to pastoral farming. Soil & Health recognises that some small block development can in fact be preferable productively, both economically and environmentally, to larger pastoral units, however some organic and biological farming units have nutrient discharge levels that will be well within EBOP’s targets. A case of maybe not throwing the baby out with the bath water.

EBOP could look at some of the outcomes from the ARGOS project where comparatives of energy use, economics, nutrient discharge and social outcomes between ‘conventional’ and organic and biodynamic primary production are explored.

An example of how the RPS requires more strength is in

Prepare and disseminate information about sustainable land management practices, including:…”

The educative approach is not strong or urgent enough. Wording should follow that LTA’s will ensure the outcomes recognised by EBOP as desirable.

Soil & Health supports Method 35: “Take a whole of catchment approach to the management of natural and physical resources within the coastal environment, Adopt a holistic catchment-based approach that recognises the inter-relationships among all elements of the environment …”

As part of a whole of catchment approach EBOP should include pesticide reduction as a desirable outcome, with objectives, policies and directions that ensure recognition of the human and environmental health externalities and the need for either a polluter pays approach where possible or development of a meaningful strategy to reduce pesticide use. ERMA does not, and the new EPA is unlikely to, set adequate controls for human and environmental safety but is strongly affected by the balancing it does with political direction and the market economy.

Not only toxins, as in pesticides including herbicides used directly in primary production, but release to air of fumigants such as methyl bromide, as is used extensively in the BOP must be actively and quickly reduced or recaptured. ERMA has set a decade before recapture of methyl bromide is mandatory, however very clearly allowed for stricter controls to be set by LTAs. The EBOP-PRPS must actively recognise that and set the parameters for definitive action for reduction, reuse and recovery of toxins, especially reduction.

And from the ERMA decision following reassessment of methyl bromide

The Committee (ERMA) notes the concerns of Nelson City Council which suggested that the minimum buffer zones proposed in the reassessment application may conflict with local requirements under the RMA. It is very important to emphasise that these minimum buffer zones do not preclude regional councils, unitary authorities or port authorities from setting more stringent controls (e.g. larger buffer zones) if they deem them necessary because of local conditions. The Committee notes that section 142(3) of the Act specifically envisages situations where a local authority may choose to impose more stringent requirements on the use of a hazardous substance than that required under the Act.

Port Tauranga and the related LTAs should be installing recapture of methyl bromide immediately due to worker and community exposure health risks and the effects on the global community. The PRPS should set the scene for this and reduction of other pesticides.

Soil & Health appreciates the opportunity to submit to the development of the Regional Policy Statement and wishes to be heard to present further.

Deletion of the following statement from section 1.7 of the proposed Regional Policy statement

b) Such further orders, relief, consequential amendments or other amendments as are considered appropriate and necessary to address the concerns set out above and;

c) Costs of and incidental to this appeal. 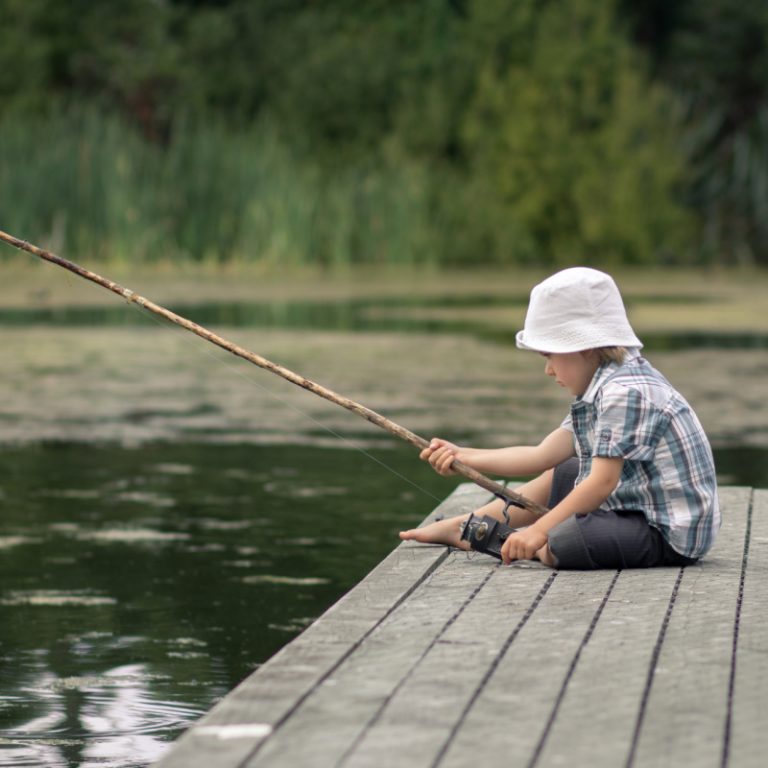 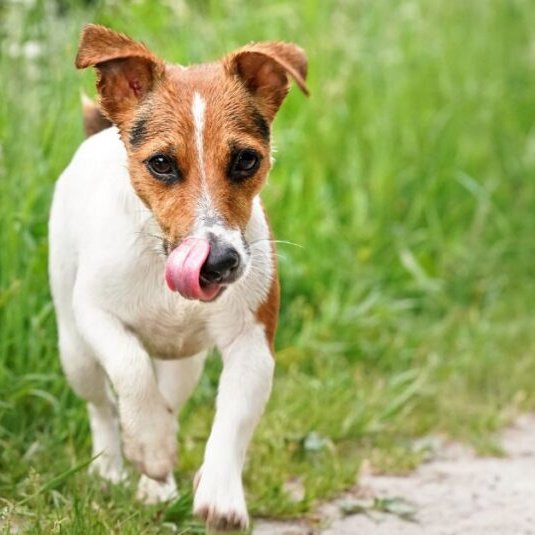