GE Free New Zealand in Food and Environment and the Soil & Health Association of New Zealand (“we” and “the submitters”) welcome the opportunity to comment on the application A1139 Food derived from Potato Lines F10, J3, W8, X17 & Y8 (“Application”).

GE Free New Zealand in Food and Environment (“GE Free NZ”) is an Incorporated Society.  It is a non-Governmental Organisation governed by a Board and has a nationwide membership base. It represents its members when making submissions and helps with gathering and disseminating information concerning genetically modified organisms (“GMO”) to its members and the wider public through regular newsletters and its website (www.gefree.org.nz).

The Soil & Health Association of New Zealand Inc. (“Soil & Health”) is a charitable society registered under the Incorporated Societies Act 1908. It is the largest membership organization supporting organic food and farming in New Zealand and is one of the oldest organic organisations in the world, established in 1941. Soil & Health’s objectives are to promote sustainable organic agricultural practices and the principles of good health based on sound nutrition and the maxim: “Healthy soil, healthy food, healthy people”. Its membership is chiefly composed of home gardeners and consumers, organic farmers and growers, secondary producers, retailers and restaurateurs. Soil & Health publishes the bi-monthly ‘Organic NZ’ magazine – New Zealand’s leading organics magazine.

We recommend that FSANZ decline the Application. We submit FSANZ cannot approve the potato lines in the Application without a serious breach of its duty of care as well as the principles of its own mission statement.

We note that there are insufficient data on both the sprays and novel proteins detailed in the Application.

We note that FSANZ’s legal requirements as stated in its mission statement are:

To protect, in collaboration with others, the health and safety of people in Australia and New Zealand through the maintenance of a safe food supply.

We have read the assessments for this Application and consider that FSANZ have led stake holders and consumers astray. We outline our concerns below.

It is illegal to import viable GE plants or plant parts into New Zealand. Potato plants can readily regenerate from even small parts of raw tubers, therefore making any raw imported GE potatoes equivalent to live GE plant material. This will endanger the biosecurity status of New Zealand. It would be illegal to approve the entry of these GE potatoes/potato pieces into the country.

Not labeling GE-containing foods at the point of sale is a breach of consumer rights. The lack of labeling of GE potatoes sold in any form by restaurants is deceptive, as consumers will be unaware of this.  FSANZ should support rather than oppose the enforcement and monitoring of compliance around GE food labeling.

No independent food safety experiments have been carried out on these GE potato lines. Instead FSANZ has relied on data from within the GE industry, i.e., the applicant data.  This shows that FSANZ has not been impartial, open or accountable to the public. FSANZ has not required that any independent experimental food safety assessments be undertaken on these potatoes.  It can therefore not provide advice on the safety of these imported potato lines, such advice being its core responsibility.

The executive summary of the FSANZ evaluation reads:

The changes to levels of free amino acids and reducing sugars are not nutritionally consequential as they do not affect the levels of essential amino acids or other key nutrients important to potato.

This statement assumes that any changes in the amino acids, free or otherwise, do not affect the levels of all other compounds present in the GE potatoes. The amino acid glutamine, for example,  plays an important role in maintaining a healthy immune system, digestive tract and muscle cells.  Any changes to amino acid balance may cause alterations to the assimilation of other amino acids.  Studies have shown glutamine to reduce morbidity and mortality in periods of critical illness. [1]  This demonstrates that any changes to endogenous amino acid levels should not be ignored.

A detailed compositional analysis was performed on W8, X17, Y9, F10 and J3 to establish the nutritional adequacy of tubers produced from these lines and to characterise any unintended compositional change. Analyses were done of proximates, fibre, vitamins, minerals, total amino acids, free amino acids, sucrose, reducing sugars (fructose and glucose), and anti-nutrients (glycoalkaloids). These showed that, even with the intended changes to sucrose, reducing sugars and asparagine, the levels of all analytes fell within the natural variation found across the range of conventional potato lines used for human consumption. No conclusion could be reached in relation to line E56 as no compositional data was provided. (iii)

The changes in concentrations of glutamine and asparagine in the GE potato lines may be of some concern.  Altered levels of asparagine can result in complications in fetal development, causing brain and neurological problems.[2]

There are concerns over the meaning of “biological relevant differences” as stated in the summary document:

Analysis of the events W8, X17, and Y9 have not revealed any biologically relevant differences compared to the conventional varieties, except for the intended late blight protection, low free asparagine, low reducing sugars, and low polyphenol oxidase activity.

Assuming “biologically relevant differences” translates as food safety, there are no feeding studies to back up this statement, so such assumptions are unable to be made.

Published research on GE potatoes has shown unexpected harmful effects on animals fed with these crops.  A 1999 study (Ewen and Puzstai) conducted on rats fed with  transgenic potatoes found that abnormalities occurred in the gastrointestinal tract (small intestine and caecum) within a short time.[3] This study found that the GE potatoes caused gut abnormalities with or without (an ‘empty construct’) the lectin gene.  Lectin is a harmless insecticidal compound produced by a number of plants. The authors concluded that:

“(b)ecause caecal thickness was similar in rats given boiled parent potatoes in the presence or absence of spiked GNA (a harmless lectin from the plant species Galanthus nivalis), we suggest that the decrease in caecal mucosal thickness seen in rats fed boiled GM-potato diets was the consequence of the transfer of the GNA gene into the potato.”

These GE potatoes were not subsequently commercialised.

Similar results were obtained in feeding experiments using GE potatoes by Fares et al.[4] , who found that there were changes to the mucosal lining and other cells of the ileum of mice. They called for comprehensive feeding tests to avoid any potential risks:

A 2007 study showed that the consumption of GE potatoes has been observed to cause an increase in immunoglobulin (Ig) levels in human participants.[5]

This is cause for concern, as antibody levels may well have increased as a result of novel proteins present in the GE food.

The obligation of FSANZ is to make themselves aware of such studies and treat all GE foods as potentially harmful.  It would be completely irresponsible to allow these potatoes onto the market. Feeding studies need to be conducted on the GE potato lines in this application before the potatoes are released. This will determine whether these lines have negative health impacts, or even life threatening responses, such as an allergic reaction.

A study of potato metabolite production has found that field-grown vs laboratory-grown potato tubers showed a tenfold and greater differences across a range of compounds.[7] The potatoes with modified sucrose metabolism or inhibited starch synthesis revealed unexpected disaccharides (trehalose, maltose and isomaltose).[8] Such changes in metabolites cannot be overlooked, when assessing this application.

A particular cause for concern is that FSANZ has deemed the six GE potato lines  in this application as “safe”,  when there is no compositional data on one line E56.

We have outlined the comments from the data provided to APHIS about the potatoes.

Considering both studies, we conclude that the events have similar susceptibility to bacterial soft rot as the controls. (APHIS, p.46)

Tubers of the events G11, H37, and H50 contain the same amount of reducing sugars as tubers of their untransformed (non-GE) counterparts. The inability of the silencing construct to limit glucose/fructose formation in H37 and H50 may be due to the fact that the H variety is naturally low in glucose and fructose. Thus, we concluded that silencing of the promoters associated with the PhL/R1 genes effectively lowered reducing sugars near the time of harvest in most events but these differences were not sustained throughout storage for 2-5 months”. (APHIS,p. 47)

Thus, independent lines of two chipping varieties and two French fry varieties with low Ppo expression in tubers were shown to have similar susceptibility to bacterial soft rot to the corresponding untransformed control for each variety.

The APHIS document on the GE potatoes details some significant differences in the  compositions between the GE lines and non-GE controls.  These GE potatoes are of no nutritional benefit to consumers and could contain higher levels of anti-nutrients.

FSANZ has overlooked three fundamental issues, when allowing this application to proceed:

In section 2.4.3 of the application it states that the applicant has indicated that reduced blackspot bruising of these GE potato lines can reduce wastage during storage and processing, and that the potatoes are resistant to the fungal disease known as foliar late blight.  There are already several non-GE varieties of blight-resistant potatoes (including ‘Waneta’ and  ‘Lamoka’), which have been released by plant breeders from the University of Cornell (US). These varieties are ideal for chips, because they store very well and produce a good colour when cut 9. The Cornell breeding programme develops chipping and tabletop varieties, focussing on colour, size, shape, texture and disease- and pest-resistance.

We ask that FSANZ decline approval of A1139.

The best available science has not been used to properly guide decision-making. 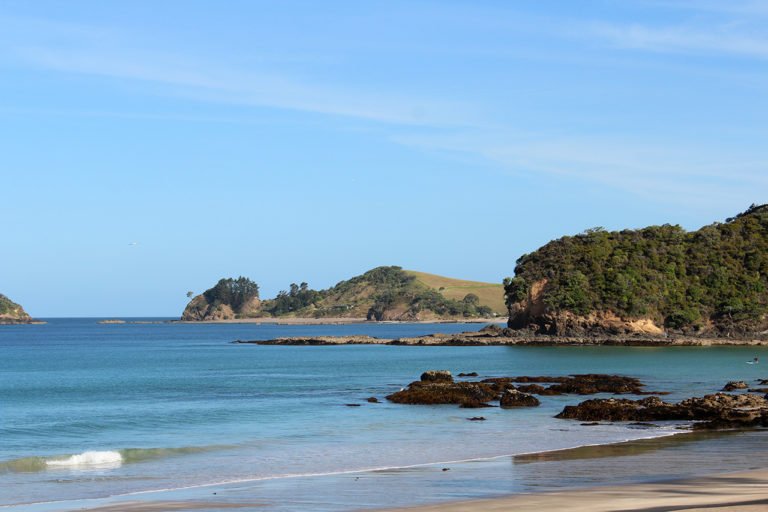 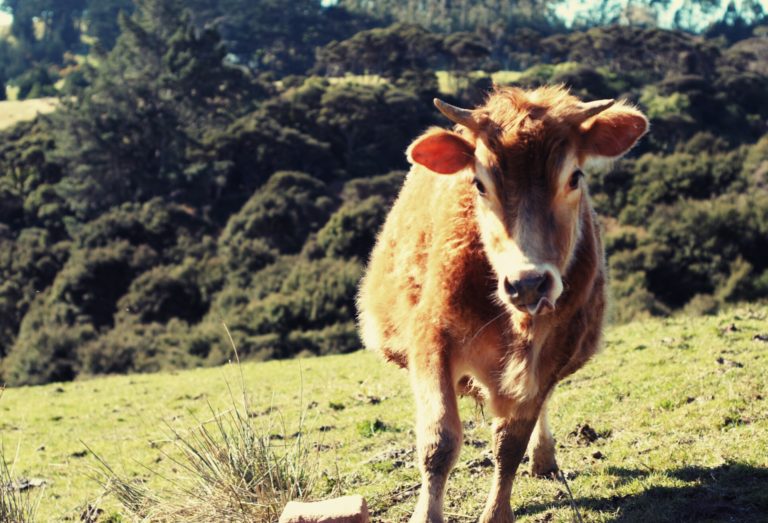